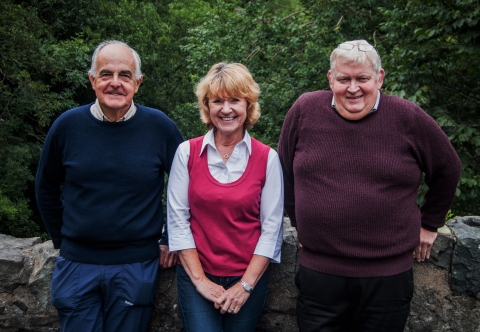 Abergwyngregyn is a small village of only 100 households but one that has, through history, consistently punched above its weight.

And now Abergwyngregyn is in the lime light again, this time for leading the way in the development of community-owned hydro-electricity generation in North Wales with its 270kW scheme in the Anafon Valley.  With planning and other consents now granted, building of the scheme is due to start early in 2015.

While realising they need to borrow from a bank they were determined to reduce their borrowing by creating an Industrial Provident Society and offering shares in the scheme. The share offer will be launched on 13th September 2014, at a village wide festival called Aber Dabba Doo, and on their website at www.anafonhydro.co.uk

The founder directors of Ynni Anafon Energy Cyf, all volunteers, have been impressed by the help and advice they have received from bodies such as Welsh Government (Ynni’r Fro), Cooperative Wales and National Trust. “But it is the support of the 230 residents of the village that has made the difference,” says Jacqui Bugden. “Whenever there is something that needs doing, they are there to help, and those that can are buying shares. We are pleased that the share issue will mean that people from further afield can also be part of our hydro.”