> Back to Why It matters 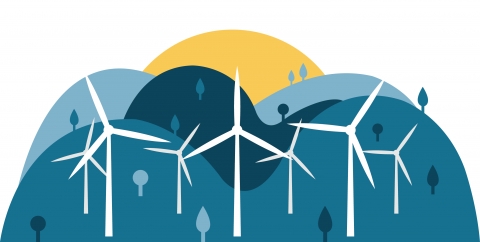 "Warming of the climate system is unequivocal, and since the 1950s, many of the observed changes are unprecedented over decades to millennia. The atmosphere and ocean have warmed , the amounts of snow and ice have diminished, sea level has risen, and the concentrations of greenhouse gases have increased." - Intergovernmental Panel on Climate Change

Better Growth, Better Climate - The New Climate Economy Report: A report providing independent and authoritative evidence on the relationship between actions which can strengthen economic performance and those which reduce the risk of dangerous climate change from New Climate Economy, flagship project of the Global Commission on the Economy and Climate.

The ‘stranded assets’ debate in the oil sector. What’s going on? - Carbon Tracker Initative: An infographic outlining the positions of the oil companies, investors, CTI and ETA on the future of fossil fuel reserves from the Carbon Tracker Initiative, a team of financial, energy and legal experts.

Good panelling: a guide to solar - Trillion Fund: An article outlining the facts and figures of solar power from Trillion Fund, a crowd financing platform for renewable energy projects.

The Living Planet Report 2014 – World Wide Fund for Nature (WWF): A report analysing the impact of human activity on the health of the planet by the WWF, an international non-governmental organisation working to conserve, research and restore the environment.

Turn Down the Heat - Confronting the New Climate Normal: A report looking at the likely impacts of present day (0.8°C), 2°C and 4°C warming on agricultural production, water resources, cities and ecosystems across Latin America and the Caribbean, Middle East and North Africa, and parts of Europe and Central Asia.