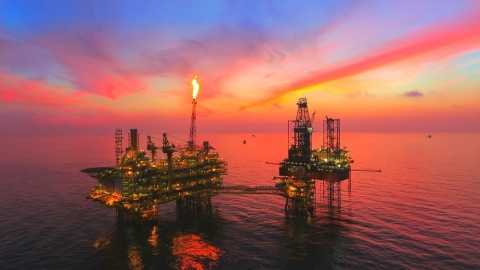 Royal Dutch Shell is a multinational oil and gas company, known by most people simply as Shell. Over recent years, we’ve had many meetings and discussions with Shell’s chairman, directors and executives about the company’s strategy to manage its business through the transition to low-carbon energy.

In our view, to help achieve the ambitions of the 2015 Paris Agreement on climate change, major oil companies like Shell need to take responsibility for the emissions its customers produce (known as Scope 3 emissions) and commit to being net zero by 2050. These Scope 3 emissions currently represent 85% of Shell’s total greenhouse gas emissions.

Our discussions with Shell focus on the need to set short-, medium- and long-term carbon-emission reduction targets, aligning the company’s expenditure and executive pay to these targets and making sure that its climate-related lobbying activities are also entirely consistent with these goals.

In addition to its carbon-emission targets, Shell has increased its commitments to reduce its net carbon footprint over the short, medium and long term.

We’ve also seen other UK and European oil and gas companies, such as BP and Repsol, make significant carbon-reduction commitments in recent months. With these new announcements, Shell is aiming to bolster and improve its climate-change strategy and ambitions and re-assert its climate leadership status in the oil and gas sector. In fact, a recent report by the Transition Pathway Initiative highlights Shell as leading in its 2050 ambition.

We believe it’s encouraging to see how constructive engagement between investors and a major oil and gas company can lead to much stronger carbon-emission-reduction commitments. And we’ll continue to engage with Shell on its climate-change commitments and challenges for the foreseeable future.